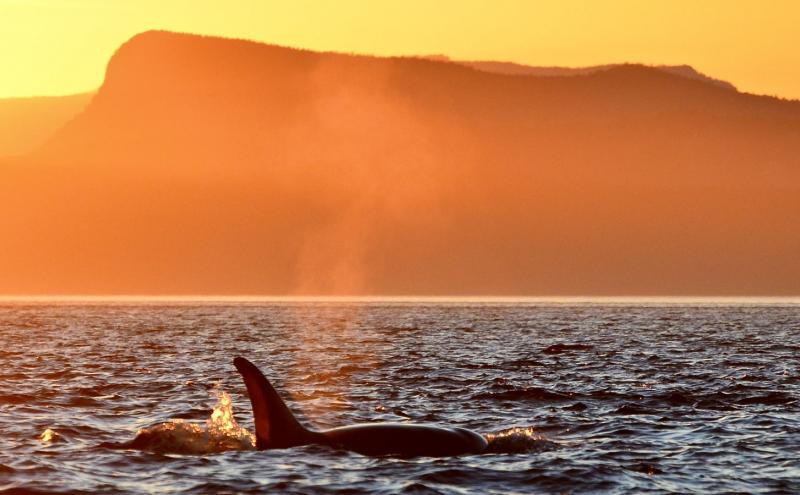 The Orcas are back! The Southern Resident Killer Whales returned to Puget Sound with new babies in the pod. We all need to do our part to protect the Orcas while they are here.

Underwater noise poses a challenge for orcas, an endangered species that are culturally and economically important to our region. Orcas use sound to hunt for salmon. Underwater noise impacts the killer whale’s ability to hunt, communicate, navigate, and avoid danger. That noise in Puget Sound can come from a variety of sources, including (but not limited to) small and large recreational boats and all sizes of commercial vessels.

In response to Governor Inslee’s Orca Task Force recommendations, the Port of Seattle partnered with the Port of Tacoma, the Northwest Seaport Alliance (NWSA), and other agencies, tribes and organizations to develop a blueprint for a program to reduce impacts to orcas from large commercial vessels. The Quiet Sound Program is a collaborative initiative that will — among other things — improve the reporting of whale sightings and get that information to the pilots of large vessels, so they can take action to slow down or move away from orcas.

The goal is to reduce the exposure of orcas to vessels in Puget Sound, contributing to their recovery by reducing stress levels and helping them function and find food. Quiet Sound will rely on these elements to help protect orcas:

According to Sandra Kilroy, Director of Maritime Environment and Sustainability at the Port, this program is a logical addition to what’s been a longstanding priority at the Port.

“The Port of Seattle over the last couple of decades has really been leading on environmental issues. The community values, the environment, and quality of life are why many of us choose to live here. The Port is reflecting those community values, so addressing underwater noise and its impact on killer whales is a natural next step.”

Before this program, the Port of Seattle was already actively involved in numerous efforts to protect our beloved Southern Resident Killer Whales by: 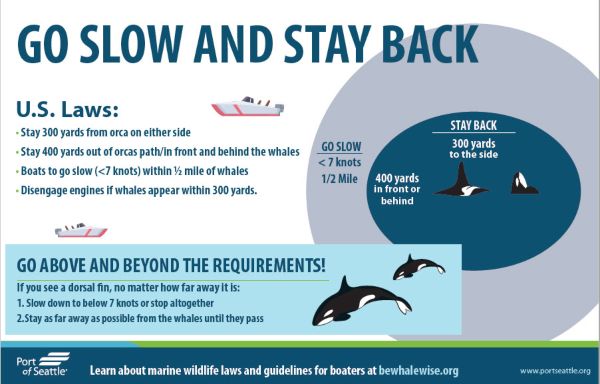 Learn how you can help protect orcas at home and on the water
Top photo credit: “Orca blow at sunset off Washington” by timnutt is licensed with CC BY-NC-SA 2.0.
See the original post Here.
